Over the years I’ve found that a lot of people are interested in aviation. This is an attempt to share the unique aspects of this job with the many aviation enthusiasts who are interested in what happens“up front” in an airliner.

I flew for a great international airline with over 80 years of experience worldwide. I don’t specifically name the company because I wanted readers to relate to familiar airlines of their own experience. Also, I want to protect the privacy of my colleagues and characters in the stories.

After the several months of initial training, I got to sit in the co-pilot’s seat of a B727 and fly a couple of takeoffs and landings. Later, as we were exiting by the back air-stair door I had to stop and turn back to stare at all that airplane that had been following me around the sky. Up until then I’d never flown an aircraft this size.

The first flight plan with My Name as captain. After all the years of training, and setbacks, finally it was real! I was an airline captain.

Despite what the jargon and airline advertising might say, flying is inherently dangerous. But we make it relatively safe through continual effort and attention to detail. We make it as safe as the flying public demands as they vote with their dollars. Which is to say — it’s as safe as it needs to be to keep passengers coming back for more. There is a continual struggle by companies to remain profitable which is often the enemy of safety.

We could totally eliminate all RISK if we stayed on the ground and didn’t fly. So, it’s all about risk management. Which is why we need properly paid and trained employees; properly funded infrastructure; properly regulated environment (not the wild west); and a travelling public who are aware of the costs of maintaining these high safety standards.

5.      Your stories span several years during which there have been significant changes in the airline industry. How has the job of piloting an airliner evolved during this time?

The environment has become safer, more team oriented, more systematic. Systems have grown up, incorporating all the things we’ve learned along the way – the new technology. For example, we have significantly enhanced weather reporting and forecasting, more detailed maintenance plans, more automated equipment to help us to the job. So along with all this we have developed better training methods for the people who have to manage all this.

Automation has always been an excellent flight deck tool, helping us operate in worse weather than we could without it. But automation is only a tool. It doesn’t care if it “lives or dies.” Aircraft computers experience the same limitations as your home computer. In aviation, automated systems are working in a 3-dimensional world where weather constantly changes, mechanical and electronic equipment fails, and “stuff happens.” There is no replacement for the instantly re-programmable, problem solving skills of a human being. I don’t see this human-automation balance changing much because of the law of diminishing returns. That is, the cost of increasing the level of automation becomes exponentially higher beyond a certain point, while the real benefits are few.

7.      Greatest accomplishment of the aviation industry?

Today this industry moves more passengers, more miles than anything ever accomplished before in history of the human race and we do it with such regularity, safety, comfort and convenience that folks have come to take it for granted (too much so). The aviation industry has pioneered and developed the concepts of risk management and brought safety to such a high level that today our chances of being killed on a trip are low enough that travelers hardly think about it. In fact, 2017 was a remarkable year because (within certain parameters) there were no fatalities. CLICK HERE FOR AN ARTICLE ON AVIATION SAFETY

8.      Please summarize the message of your book and why we should buy it.

Uplift: A Pilot’s Journey is simply one pilot’s journey through a typical airline career. But, along the way, he discovers how intricately-connected and interdependent we all are. And how, together we can overcome obstacles; build wonderful adventures and grow (as individuals, groups, and societies) into something beyond our wildest dreams. We are on a grand journey and we can work together to make it amazing! This is true of each of us, no matter what we do in life.

Airline Pilot: A Day in the LIfe is an attempt to share the flight deck environment in more detail for the benefit of anyone thinking about an airline career or anyone who’s ever wondered about what goes on during a typical flight.

Airline Pilot: A Day in the Life 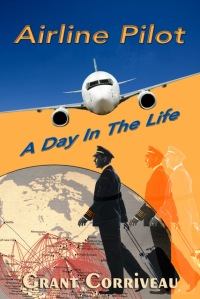 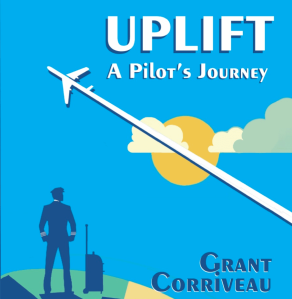 My book is now available!